I have worked in towns across America, the kind that most people just pass through. I’ve worked in the finest restaurants, where a steak will run you fifty-five dollars and as low as one might think….a bowling ally kitchen; nonetheless, I have seen and experienced it all.

You ever have this moments where you ask yourself, “what the fuck!”

It’s not a question, it’s a statement. You’re in the kitchen and a situation happens or an employee does something so stupid, you say out loud “what the fuck!” I’ll give you an example: I worked in a somewhat of a local favorite Italian, Greek, Mediterranean joint in a town worthy of passing through at most. We served pizza, pasta, and sandwiches. So,  we handled raw seafood, raw meats, cooked pizza topping and cheeses.  We had this one employee, first hired as a dishwasher and wanted to get working in the kitchen, to be a part of the action and to have a purpose.  I’ve been there…shit, I started as a dishwasher and worked my way up the ladder, but I knew stuff.

In the heat of dinner rushes and large tables being seated, better judgment can be impaired or if you didn’t get time to take your smoke break before the dinner rush.  As a sauté chef, one tries to get enough prep done for the shift but making sure not to prep too much stuff that it goes bad or special don’t sell as much as you anticipated.  You pull pasta, defrost seafood, defrost meats, make starches and sauces etc etc. In this particular situation I had noodles par cooked in the sink and waiting to be portioned by the dishwasher/prep kid in the back. While he was plowing through the mid-shift dishes, other employees were telling him to get other prep done. Shit, we’ve all been there, its about time management. Honestly, some people have it and some don’t. The same goes for kitchen know-how.  So, while sweating my ass off behind the line, cooking at the sauté station I ask the kid to pull some more raw prawns and get them under running water to defrost them. Maybe 20 minutes later, knowing that some would be defrosted, I run to the back in hopes that he had portioned the pasta and put the prawns in a container for the line, but no….

The pasta was sill there in the tub in the sink, damn near coagulated and the raw prawns were draining into the pasta…all the veiny shit and shell all over the pasta.  “WHAT THE FUCK!  All the pasta wasted! Cost wise not that big of a deal, its kinda expected but when you really need the pasta to be portioned and ready and not to mention the health risk that you should’ve remember in fucking state health test.  The WFT moment is because this dish//prep guy just got his goddamn food handler’s card! Its those kind of moments where you say…”What the fuck!” 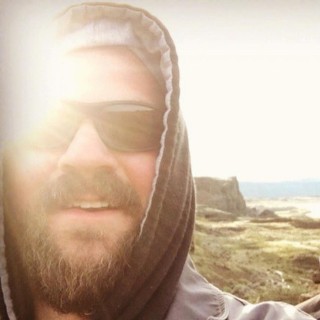 I'm a stay at home dad looking to educate others on how to cook with their kids and make really tasty food in other environments like camping, at your folks place and when mom is working or out with her friends. In my former life, I was a chef in some of the finest restaurants in the Pacific Northwest and down to the lowest diners and dives. From those experiences, I gained a great appreciation and the hard-working people of the restaurant industry. I love to cook, I love my family and I love the outdoors.